Believe it or not, bitcoin has become a good long-term investment

Bitcoin uses peer-to-peer technology to operate with no central authority or banks; managing transactions and the issuing of bitcoins is carried out collectively by the network. Bitcoin is open-source; its design is public, nobody owns or controls Bitcoin and everyone can take part. Through many of its unique properties, Bitcoin allows exciting uses that could not be covered by any previous payment system. (Source:bitcoin.org) 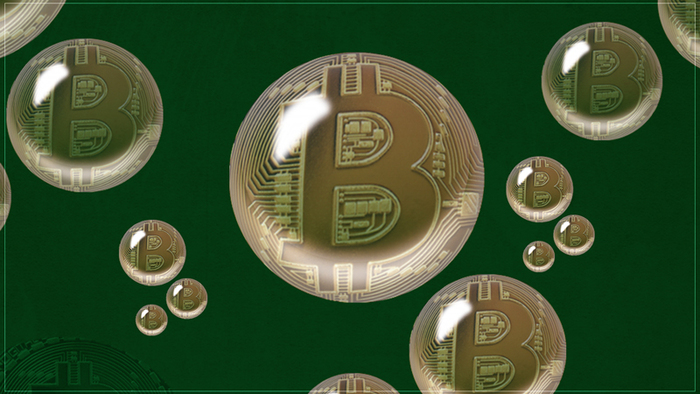 Bitcoins have value because they are useful as a form of money. Bitcoin has the characteristics of money (durability, portability, fungibility, scarcity, divisibility, and recognizability) based on the properties of mathematics rather than relying on physical properties (like gold and silver) or trust in central authorities (like fiat currencies). In short, Bitcoin is backed by mathematics. With these attributes, all that is required for a form of money to hold value is trust and adoption. In the case of Bitcoin, this can be measured by its growing base of users, merchants, and startups. (bitcoin.org)

Smart investing is about balancing risk and reward. Typically, when analyzing potential pluses and minuses, financial professionals consider the fundamentals: How has the investment performed over time? What are the market trends? Do the company valuations look strong?

Until recently, as an investment, bitcoin has had unique and pronounced risks, but that's changing, with new rules and regulations that have spurred wider institutional adoption.

Throughout its 12-year history, the world's most valuable cryptocurrency has faced extreme volatility, with prices rising and falling as much as 10% on any given day - reaching an all-time high of more than $41,000 earlier this month. Beyond wild price swings, bitcoin also has structural issues that most asset classes don't have to consider, like lost or stolen password keys, which can wipe out someone's entire investment.

Fortunately, bitcoin's rapid growth has caused government and institutions to step in and address many of the risks associated with the digital currency, with the US Office of Comptroller of Currency authorizing banks and custodians to provide cryptocurrency services, which eliminate these types of problems.

In short, bitcoin has matured - though it's still in an early adoption phase - and now offers significant long-term value.

Since the onset of Covid-19, the federal government has allocated nearly $4.5 trillion in spending for direct payments to individuals, enhanced unemployment, small business loans and other types of financial supports - with more likely to come, as detailed in President Biden's proposed $1.9 trillion relief package. Though deficit spending is necessary for the long-term health of the economy, it also poses potential for inflation. In the past four years alone, the national debt rose about $7.6 trillion to $27 trillion.

To hedge against this type of volatility, many investors are scooping up bitcoin, which, because of its very nature, is impervious to inflation. There can ever only be 21 million bitcoins in existence, due to a stipulation in its source code. By the law of supply and demand, that makes bitcoin a limited - and in-demand - asset.

At the same time, increased regulations, improved infrastructure and access to financial institutions - like Fidelity - that hold investors' money have made bitcoin investments as safe as owning bonds and commodities like gold, which are also used to balance portfolios.

When gold rallied from 2001 to 2011, it was largely because the era of tight monetary policy had come to an end due to the Fed reducing the funds rate targets. In 2012, the value of gold fell when fears of inflation receded and the stock market soared.

You might then ask: If bitcoin is volatile, how can it also guard against volatility? Though bitcoin has experienced dramatic price shifts over the years, much of that movement can be attributed to the newness of the asset class and lack of regulation. Today, that's changing with recently enacted regulations coupled with the entrance of large players, including macro funds, large hedge funds and life insurance companies, no doubt drawn to the more stable environment. While price fluctuations aren't going to go away entirely, we view bitcoin as a long-term value proposition that should only grow over time.

With major institutions now bullish on bitcoin, investors may have a different worry - that they've effectively missed the boat. But history proves otherwise. Amazon is one of the most valuable companies in the world. In each of Amazon's first 12 years, the stock's high price was, on average, more than double its open price. But investing in Amazon over the last 12 years has remained highly profitable.

When investing in an emerging asset class, there is always an inflection point - a moment where there is enough of an infrastructure to allow for wider adoption while still leaving room for appreciation. We believe that we're at that moment with bitcoin.

The strongest indicator of bitcoin's value is the sheer size of its market capitalization - more than $600 billion. If we were to look at that through the prism of the S&P 500, it would make bitcoin a top 10 company in the world, having gone from zero to half a trillion in just 12 years. Only a few companies, like Facebook and Tesla, have grown that fast.

When the world is spinning out of control, it's natural to want to invest in something tangible, like gold. But bitcoin is valuable because of - not despite - it's intangibility. You can always mine for more gold. Bitcoin is unique among assets as the first store of value in the world where supply is completely unaffected by increased demand.