It's time the world commit to a global minimum tax

A global minimum tax would directly impact the cost of capital, decisions on whether to invest or expand in a particular jurisdiction, and long-run economic growth. Tax competition has lowered the cost of capital and barriers to trade and investment across the globe. (Source :taxfoundation.org) 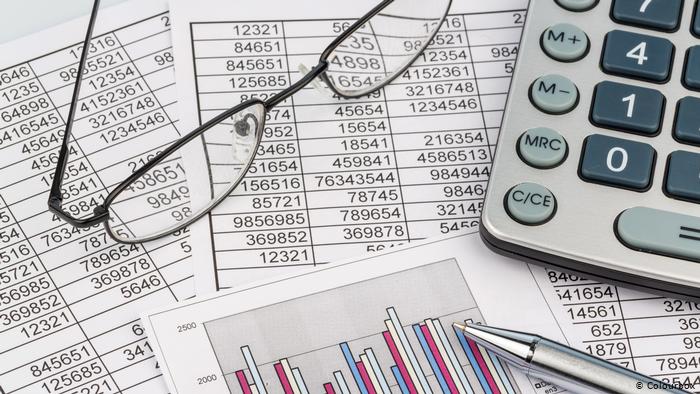 International companies have been very resourceful in finding ways to avoid taxes (dw.com)

Discussions about unifying taxation of multinational corporations have been going on for years. But, now more than ever in an interconnected digital economy, some of the billion-dollar profits belong to the people.

Everyone knows that life isn't fair. One of the best examples of this is tax season. For individuals, it is usually a time of paperwork, worry and paying what is owed. Most taxpayers work in one place and simply file taxes there.

For big companies, it is also a time of paperwork and worry. Unlike most people though, companies often work in a number of places, can scramble to move money and profits overseas and look for tax breaks in the hope that they don't owe anything. In many cases, they get away with it. Loopholes have let many US companies avoid a lot of taxes for the past 40 years. Around the world, corporate tax rates have been dropping for years.

Creating a universal protocol to stop companies from looking for a good tax jurisdiction is not a new idea. In response to recent pressure for a digital service tax on Big Tech companies like Google and Facebook that sell goods and services around the globe, the OECD has been trying to reach a deal on how and where to tax them.

These talks have included the option of an international minimum tax for companies. So far, they have not been able to come to an agreement and a big push is needed.

The coronavirus pandemic has brought the world to a crossroads, and the global economy has been on a roller-coaster ride for the past year. Millions have lost their jobs, been laid off or had to close their businesses permanently. Millions are headed toward poverty.

Governments are desperate for cash. So headlines that big multinationals like Nike and FedEx are avoiding federal income tax on big profits are not going down well — and they shouldn't.

Like clockwork, companies will put out reassuring statements saying they "comply with all state, federal and international rules." Just because rebates, deductions or exemptions are legal, it doesn't make them right, especially at a time of enormous human suffering and historic worldwide debt.

A race to the bottom

In the United States, looking for cash to fill giant COVID-induced holes, the Biden administration has just announced that it will increase US corporate tax from 21% to 28%. On top of that it vowed to create a national minimum tax to cut down on those who pay nothing. This is a welcome change. Now it must be enforced. Tax authorities need to be given proper financing and manpower.

Yet corporate tax avoidance is a much wider problem, and on Monday (April 5) US Treasury Secretary Janet Yellen signaled that she was fed up with drawn-out talks. She would take things into her own hands and bring in her G20 colleagues to find a solution.

"We must also get out of the 30-year race to the bottom on corporate tax rates," she wrote on Twitter. She is right. Not only will the US raise revenue by taking on their own companies, the plan is to push for a global minimum tax to stop other companies from going to offshore countries in search of lower taxes.

No matter where companies claim to be headquartered, they will pay. She means countries like Ireland and tax havens in the Caribbean and Europe. She also means American Big Tech companies that send "royalties" around the world, regardless of where they actually make the money.

Incentives for no tax competition

It will be a tough slog for the US, and Yellen knows that America cannot do it alone. Cleaning up the US tax code will be a sign of credibility and goodwill to others. It is a good first step at the very least.

Forcing other counties to give up their competitive edge by raising tax rates will not be easy. The US will have a lot of convincing to do. If peer pressure doesn't work, reluctant countries could be locked out of doing business in America, or kept out of the American banking system and using US dollars to do business.

Not surprisingly, businesses have complained about current poor growth and pandemic fatigue. According to them, it is not the right time to change the rules. Both a minimum tax at home and a global version could force them to pay more than foreign companies. A quick look into the tax ledgers from the past shows that companies have so far adapted well.

Even if taxes would be higher for US-based companies, it could be seen as a cost of doing business in the world's biggest economy. A cost that most companies would surely be happy to pay in the end.

Poorer countries could also benefit by not having to offer low tax rates to attract business. A common global standard would help fill their meager government coffers. Even for rich countries, the added, steady tax income would be welcome right now.

Yet, for any international regulation to work, most countries in the world will need to sign up and start enforcement at the same time. One bad apple could ruin the pie. We are still at the beginning of long negotiations, and the US must take the lead. It will be an uphill battle — most difficult will be setting an acceptable tax rate. Nonetheless, creating a level playing field is a battle worth fighting. One that may make life a bit fairer for everyone.