Toshiba Corporation is a Japanese multinational conglomerate headquartered in Minato, Tokyo. Its diversified products and services include power, industrial and social infrastructure systems, elevators and escalators, electronic components, semiconductors, hard disk drives, printers, batteries, lighting, as well as IT solutions such as quantum cryptography. It was one of the biggest manufacturers of personal computers, consumer electronics, home appliances, and medical equipment. As a semiconductor company and the inventor of flash memory, Toshiba had been one of the top 10 in the chip industry until its flash memory unit was spun off as Toshiba Memory, later Kioxia, in the late 2010s. (Source: wikipedia) 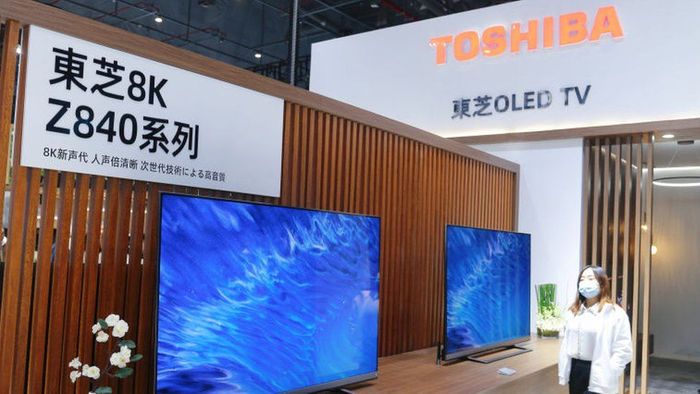 Toshiba mentioned that the three companies would be focused on infrastructure, semiconductors and devices.

The company has come under increasing pressure from activist investors to make changes since an accounting scandal in 2015.

This week, US giant General Electric announced a similar strategy that will see the historic company broken up.

Toshiba's plan will see it spin off two core businesses - its energy and infrastructure unit as well as its device and storage operation.

After shedding those two companies, Toshiba will continue to own a 40.6% stake in memory chipmaker Kioxia as well as other assets.

It expects to complete the reorganisation by the second half of 2023.

The move is aimed to increase the stock market valuations of Toshiba's different businesses after facing pressure from shareholders.

But some analysts are concerned about the timescale for the changes.

"The move is in the right direction, but it seems slow," according to Atul Goyal of investment bank Jefferies, who would have preferred a timeline of three-to-six months.

"2023 is a long way out and we are not sure what else will change between now and then."

Toshiba is one of Japan's oldest and largest firms, with divisions that range from home electronics to nuclear power stations.

However, the company has faced wrenching changes in recent years as it dealt with the fallout of an accounting scandal and huge losses linked to its US nuclear unit.

In 2015, then-chief executive and president Hisao Tanaka resigned after Toshiba mentioned it had overstated its profits by more than a $1bn.

In April of this year, UK private equity group CVC Capital Partners made an unsolicited $20bn takeover bid for Toshiba.

A week later, the company's chief executive Nobuaki Kurumatani resigned amid controversy over the bid.

Toshiba then rejected CVC's offer, which angered some activist shareholders.

In June, a shareholder revolt saw chairman Osamu Nagayama ousted from his position.

On 9th Nov 2021, US conglomerate General Electric announced that it would split into three separate companies.

According to the company, it will spin off its healthcare business in early 2023 and combine its renewable energy, fossil-fuel power and digital units into one company that will be spun off the following year. The remaining business will be its jet engine maker GE Aviation.

The move marks the breakup of an iconic manufacturer which was founded by Thomas Edison. It went on to become a sprawling business empire that was once the world's most valuable company.

Toshiba dates back to the 1870s and for decades after World War Two it was a symbol of Japan's economic recovery and its high tech industry.

From the electronics goods found in so many of our homes to nuclear and coal power stations - the company has loomed large in Japan.

But in 2015 it admitted that it had overstated its profits for six years, making it a symbol of the many scandals blighting Japan Inc.

To avoid bankruptcy, it sold its crown-jewel memory chip business in 2018.

Today's announcement that it will split into three companies marks the end of an era, but it also highlights the growing impact of activist investors who successfully ousted the board's chairperson in June.

Splitting up conglomerates is a far from common business strategy in Japan so it remains to be seen whether it will be successful, and more crucially if it is enough to please activist investors.